The winners of our second Seeds Challenge are taking a strikingly unconventional approach to filmmaking. Samuel Tressler and his team are blending high culture and high technology to create Leda, a black and white 3D quasi-silent feature film based on the eponymous figure from Greek mythology. We talked to Sam about the origins of the project, the challenges of combining multiple cinematic styles, and the remarkable dedication to vision that’s bringing Leda to life.

CELTX: What’s your background? How did you get into filmmaking?

SAM: I live in Maryland, and manage a production and rental house that I started running specifically to have access to great equipment for this little seed of an idea a friend and I had called Leda. I got tired of working at a desk editing commercials, so I quit my previous job with no plans and then everything started coming together. I currently do some work as a DP, but my passion lies in writing and directing. I went to Stevenson University for film and philosophy and now reside on the Department’s advisory board. I write a film column for my local newspaper, and basically just love the medium of film.

SAM: Yeah. It’s pretty crazy, especially for a first feature. Lots of people look at me funny when I pitch it, especially people in the industry, but my thoughts are that any artform is meant to be experimented with and pushed to see what it can do. Aspects that make the film difficult to make and imagine may just be the unique elements that make it a special piece to watch.

CELTX: Can you tell us more about where the concept for Leda came from?

SAM: Leda is inspired by the greek myth of Leda and the Swan, which has been the subject of hundreds of paintings and sculptures. Artists from Da Vinci to Dali have created their own takes on Leda’s encounter with Zeus as a swan. Wesley Pastorfield, a friend who co-wrote the script with me, had done a painting and mentioned that it might be an interesting subject for a film. We couldn’t find a whole lot of definitive information about the myth beyond the singular moment depicted in most of the painting or in Yeats’ famous poem. So, we decided to create our own story of Leda and her husband both before and after Zeus intervenes, creating a relationship study of two lovers and defining the myth in our own way. 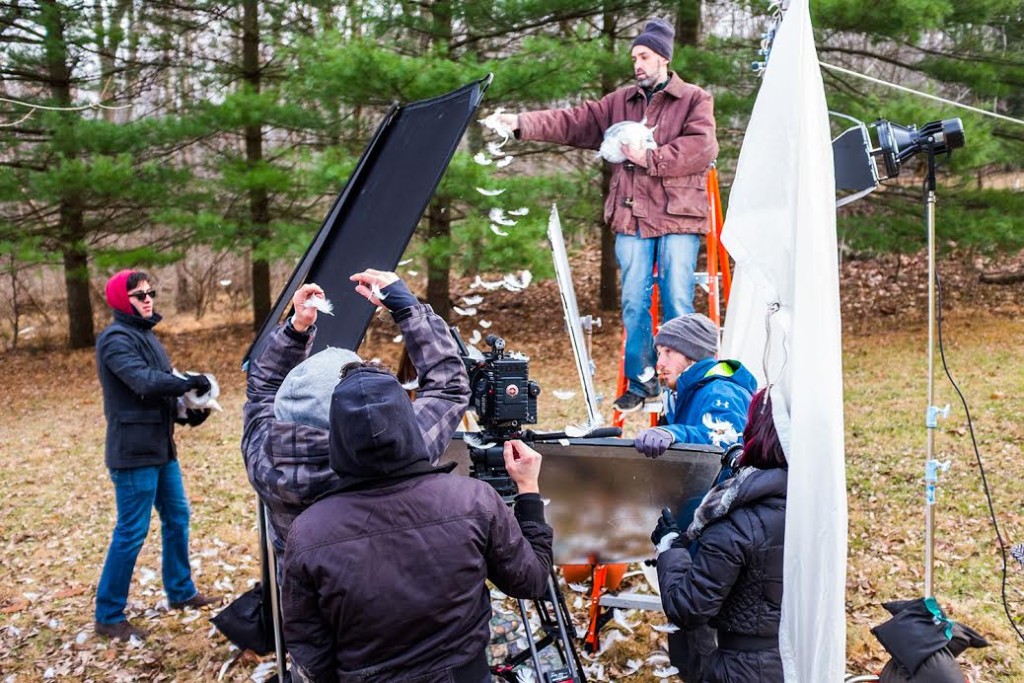 Behind the scenes of Leda.

CELTX: Why did you decide to go silent?

SAM: When I say a silent film I really just mean that there won’t be any onscreen dialogue. The sound will in fact be a large part of the film, with a score and ambient sonic elements built for the story to increase the immersive depth of the visuals. I originally wanted to make this somewhat of a silent film for a couple of reasons; one, it’s my first feature and what better way to force myself to really learn the language of filmmaking than to cut away any potential crutches (like dialogue), and two, this is a story of a crumbling relationship that at any point might be saved if just the right words were spoken. With the characters instead choosing not to speak to one another, it displays how a lack of communication can ruin any relationship.

CELTX: What’s it like directing actors who don’t have anything to say?

SAM: That’s a tricky question. Leda is different from most old silent films that would actually have actors talking – just no recorded sound. There won’t be any moving lips or intertitles that break the viewer from the story. Instead we focus on small reactions and the moments between conversations. It’s more of a choreographed experience, which is one of the reasons we’ve been looking for talent that is versed in more than just acting for the screen. Adeline Thery, our lead, has a history in dance, mime, modelling, as well as both stage and screen acting.

CELTX: What are the challenges of 3D?

SAM: 3D is the biggest challenge I’ve set for myself. All along the way people have tried to convince me to scratch it. I see a lot of potential in 3D and am a fan of the technical logistics of it all. I do admit that most 3D films use the medium for no more than amusement park gags, but if I have the means to explore 3D on a more artistic and intimate level I believe it can produce some very interesting results for the viewer. 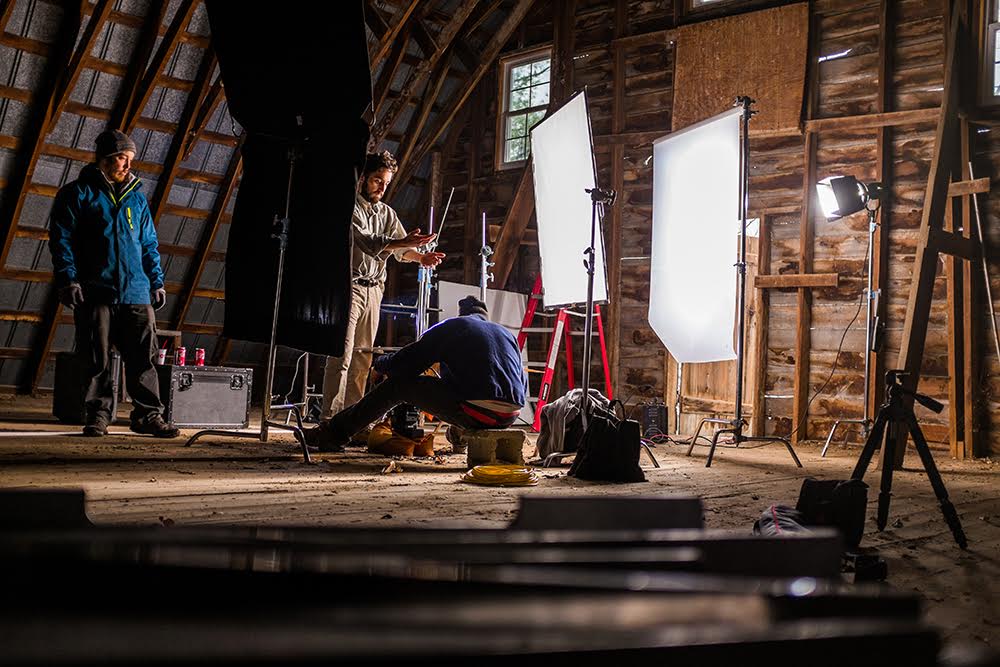 SAM: To shoot the 3D we have a synced camera rig, one camera for the left eye feed, one for the right eye. When played back, the glasses block the opposing feed so that the viewer in turn is seeing a scene from two different vantage points, creating the 3D illusion. We have four Red Epic Dragon cameras and will be shooting in 6K for a 4K finish. The cameras mount on a beam splitter rig that utilizes a half mirror in order to get the cameras as close together as human eyes. We had to write and storyboard specifically for the 3D, as it works better for wider lenses and slower pacing. I will also be using a mix of black and white, color, and infrared photography. For the infrared, I hack the camera’s Low Pass filter in order to capture the different light spectrum. 3D doubles our on set challenges. We need more light than ever to try to get as much in focus as possible, and need to have every shot preplanned as to how far the cameras are from each other in order to achieve the desired depth.

CELTX: How has your team benefitted from using Celtx?

SAM: Celtx has been super helpful thus far. At first we did the script by hand, but organization started getting crazy. As we added more team members and needed to start prepping our shot list and budget, we needed to find something that everyone could access and a tool that would connect all these elements. When we tried Celtx and I started breaking down the script, shot list, and schedule, I was pleasantly surprised at how it sped everything up. Also, with Celtx being online, it allowed me to have several of us working at once and just flying through stuff.

CELTX: We understand you’re doing a fundraising campaign. Tell us about that. What do you see the Seeds grant going toward?

SAM: Fundraising has been challenging. The silent, 3D, and art elements of the story break it from any standard mold and makes it a bit of a hard sell to the average investor. We’ve done a small Indiegogo campaign and are planning another, and are funding internally as well as through in-kind trades while we search for one or two investors to join the project. It looks like the Seeds grant will be going towards location fees or props and special effects.

CELTX: When do you aim to have the film completed?

SAM: We’re hoping to lock in our shoot dates by the end of May and are aiming to shoot in July and August, with post production completed by winter.

Congratulations to Sam and his team. We’ll be checking in with them again as their production ramps up, but in the meantime you can check out the official website for Leda .

Going Virtual with the SJIWFF