Insights at the Oscars

It’s the glitziest time of year for the world of film production. Awards season is in full swing, and it’s all leading up to the big one: the 89th Academy Awards. Every year,  Hollywood’s biggest movers and shakers congregate to celebrate their achievements, and while most of the focus is directed at the more glamorous aspects of this hallowed ceremony, we’re going to dig in to one  category that doesn’t usually get as much coverage as Best Picture (or best dressed, for that matter).

The Best Original Screenplay award shines the briefest of spotlights on an often underappreciated and misunderstood cinematic keystone. While most people will watch the films taking the awards circuit by storm, few will read the scripts behind them.

At Celtx, however, we take writing seriously. That’s why we ran each of this year’s nominated screenplays through Script Insights to brighten the spotlight and gain a little perspective on how they were composed. Enjoy. 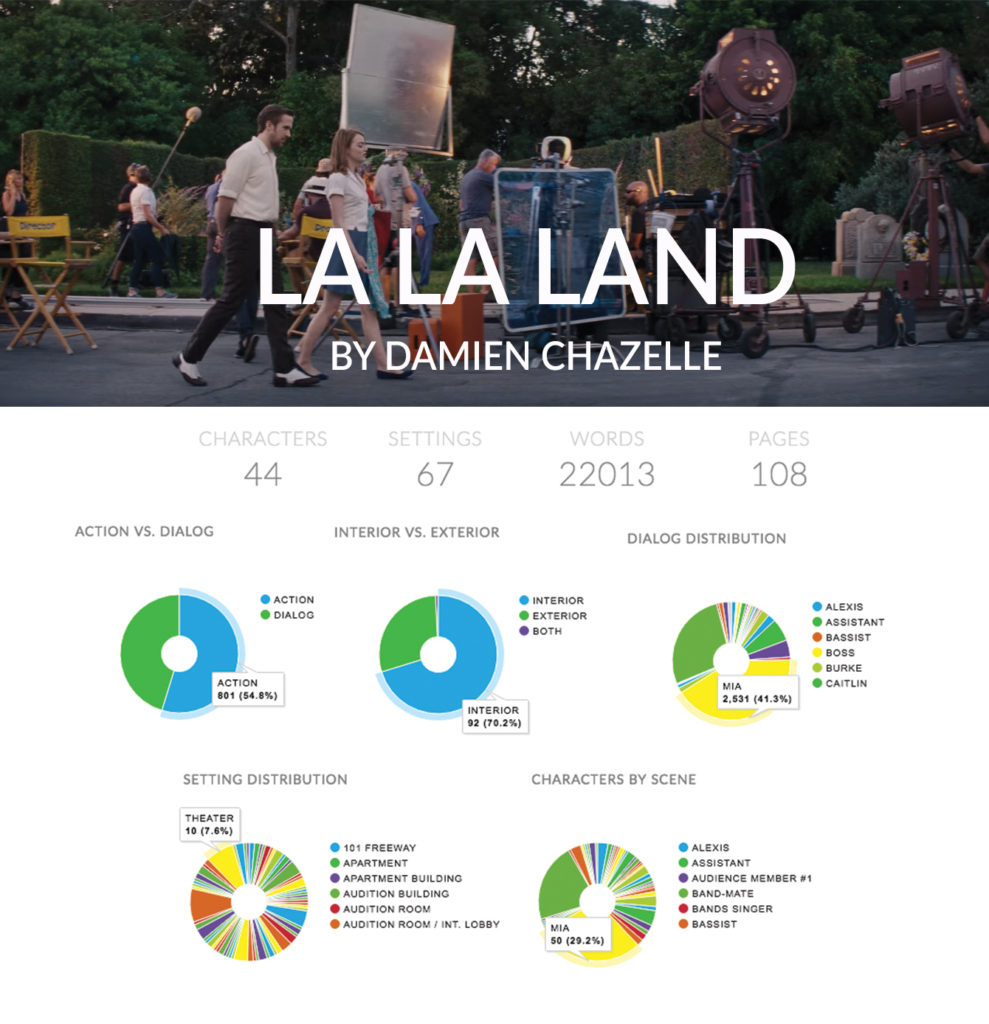 At only 32, Damien Chazelle is making a serious name for himself. He’s lined up his second screenwriting nomination (along with his first Best Director nod) for his runaway critical and box office smash La La Land, an anachronistic musical love letter to Los Angeles and golden age Hollywood. It’s a sweeping, unabashedly doe-eyed love story of the variety that fell out of fashion decades ago, but it’s success suggests that nostalgia might be the next big trend. Statistically, La La Land is the only one of the nominated scripts where the action outweighs the dialog. Surprising for a movie where everybody is singing, right?

This is largely because the musical numbers are not included in the script – track numbers are referenced, but the structure and lyrics of the songs are not present. The dance routines and framing sequences for the musical numbers are, however, described in very precise detail, taking the form of long action sequences.  Those of you who are thinking about writing a musical take note: it seems that the best way to go about it is to keep the songs and the script separate. 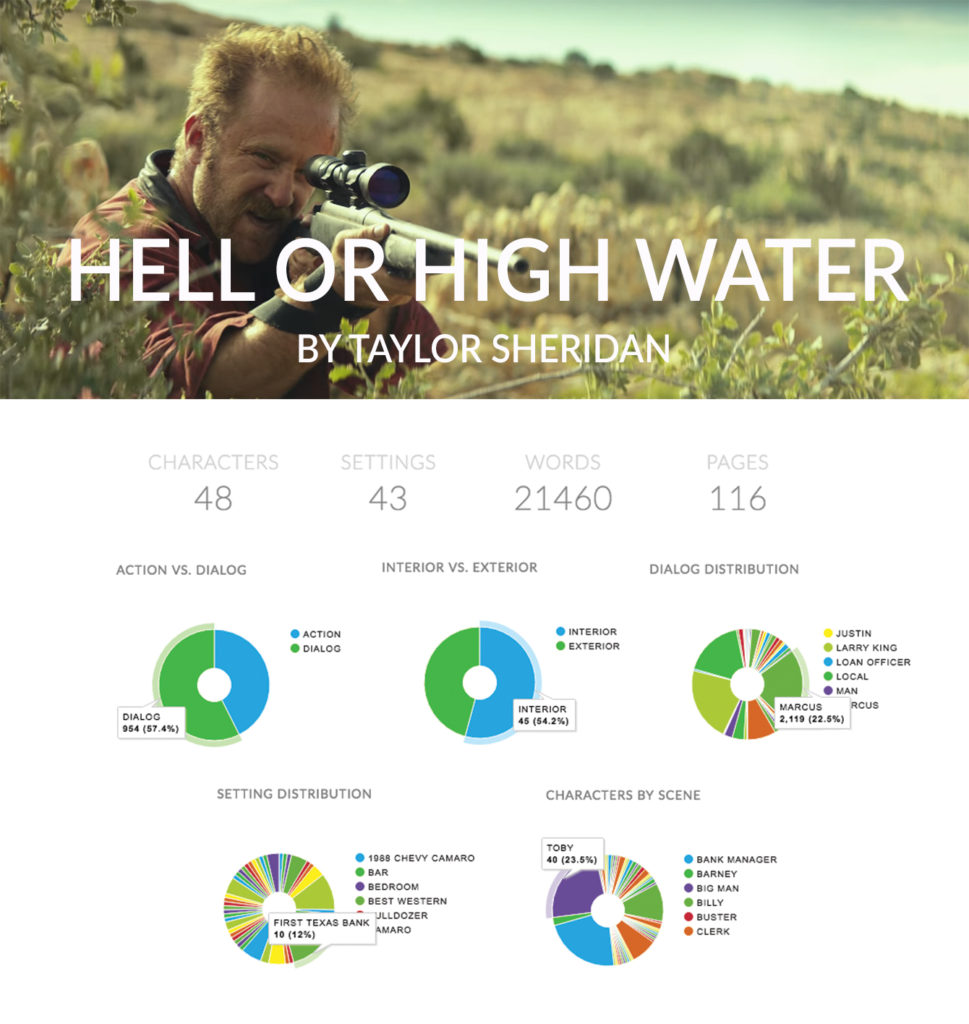 Hell or High Water, Taylor Sheridan’s followup to last year’s grim cartel saga Sicario, is about as lean a script as you’ll find. The story centers on two bank robbing good ol’ boy brothers  and the aging lawman trying to put a stop to their West Texas crime spree. It’s another old fashioned story transposed into a very modern climate, with predatory finance and the Great Recession framing the backdrop for the chaos that ensues.

The writing is terse and muscular, and the world of the story is small and self-contained. If you want your script to be a pressure cooker, Hell or High Water goes to show that brevity is your friend. 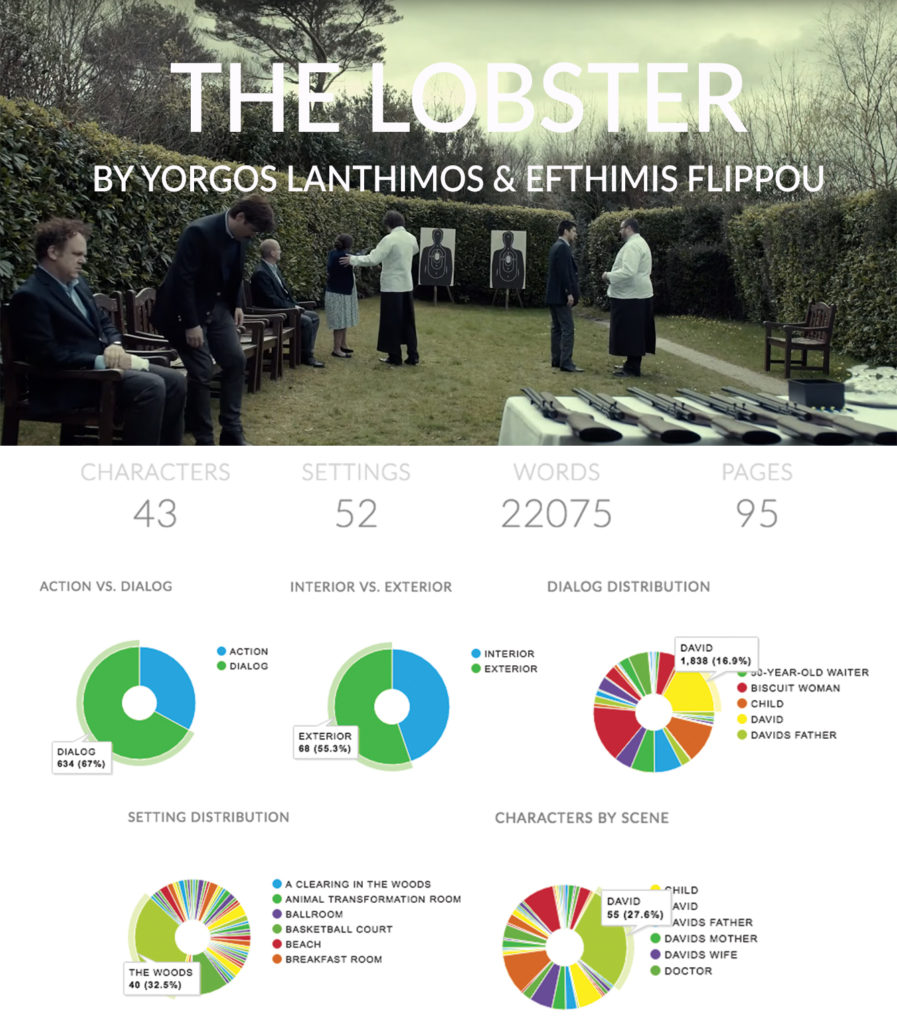 The Lobster is a supremely strange story about a fantastical dystopia where bachelors and bachelorettes are forced to participate in a bizarre courting program at an isolated hotel. If they fail to find themselves a match, they are transformed into an animal of their choosing. It’s a bleak, dark, absurdly funny and bewilderingly oblique piece of writing. The arthouse sensibilities and intentional stiltedness might test your patience, but it will definitely make you think.

The takeaway here is that if you’re going to go weird, go all the way. Surrealist plot contrivances will make your script stand out early on, but if you can’t commit entirely to the strangeness of the world you’re building that momentum will wear out fast. 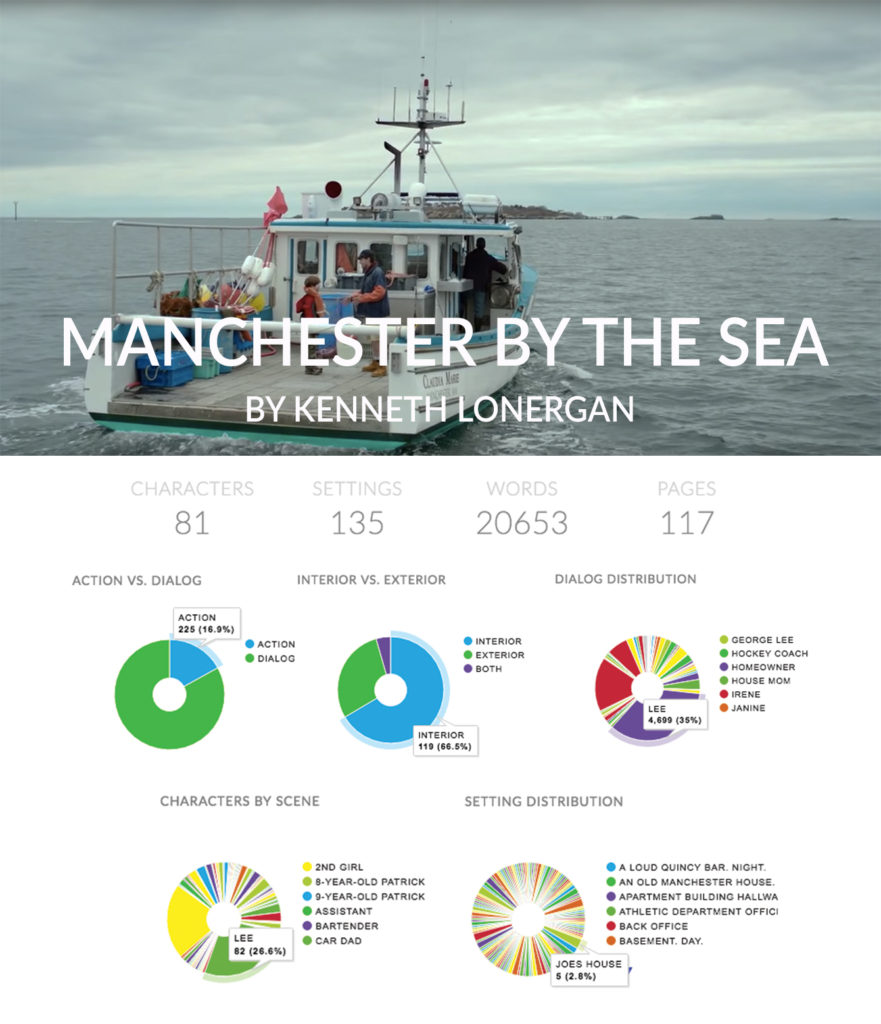 Manchester by the Sea is Kenneth Lonergan’s seventh feature script, and the experience shows. A blue-collar drama of the highest order, it tells the story of a haunted man returning to his tiny Massachusetts hometown to look after his nephew following his brother’s unexpected death. It’s searing, intensely intimate and humane, and tied together with an undercurrent of harsh realism.

What sets this script apart is its remarkable density. Lonergan masterfully packs the script with huge quantities of dual dialog, flashbacks, clinically precise settings, and brief, evocative scenes. It’s a script that feels like it should burst at the seams, but never does. The effect is a barrage of intimate moments that cultivate character from every verbal tick and gesture – a masterclass for anyone interested writing about the drama of daily life. On the surface, 20th Century Women is the kind of period coming-of-age drama that was ubiquitous in the last generation of American independent filmmaking. Focused on an unconventional, idiosyncratic family in 1970s Santa Barbara, it deals in heavy themes like mortality, adolescence, parenthood, and generational friction. It’s also very much a time capsule of the social upheavals of its era, riddled with meditations on the fallout from the 60s counterculture, feminism, punk music, and the uncertainty of the Carter era.

From a screenwriting perspective, 20th Century Women has a lot of new wave style. Characters illuminate each other’s pasts, presents, futures, and personalities in voiceover asides and montage-backed monologues –  it’s a highly effective way to ground an ensemble of messy, energetic characters while amping up the cinematic flair.

Want to get to know your script better? Start using Insights. It’ll help you meet deadlines, track your progress and performance, and break down the components of your story as you write. It’s a great way to get more perspective on what you’re creating while keeping yourself motivated. Plus, it’s fun.

Sign in to your Studio and start creating. Who knows, maybe we’ll be featuring one of your scripts in the next Oscars article.